Posted by Willem on Mon August 8, 2016 in The characters. 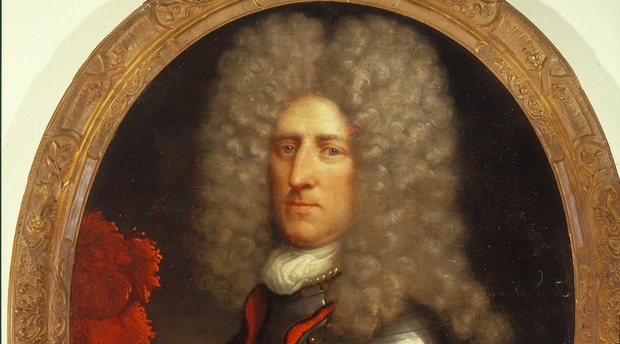 The Social and Military Heritage of the Cape is a fascinating saga with heroes and villains of all color and creed. The Chavonnes Battery invites you to discover the strategic Commercial and Military importance of Cape Town and the harbor in global trade and some of the character’s who left a footprint here. Meander among the Archaeology ruins, explore the international photographic exhibitions, join a Guided Walking Tour or fire a real 18th Century muzzle loaded cannon.

The famed Cape chronicler Otto Mentzel – himself a soldier in the Castle garrison from 1733 to 1741 – later wrote that it... “is best situated for a bombardment of enemy ships. It is built upon rocks and surrounded by them, while its guns are placed low down over the water. If the gunners did but train them in a directly horizontal position on their carriages … it would scarcely be possible for them to miss an enemy ship, while the holes that the balls would make would be close to the water-line, and therefore very dangerous”.

The battery could dish up multiple other miseries. In addition to ship-killing solid round shot it could fire bar shot or chain shot to destroy sails and rigging, or grape and canister shot which fanned out in a deadly shotgun-like spray after leaving the muzzles of its guns. Two shot-ovens also allowed its gunners to fire round shot brought to red heat – a terrible threat to wooden ships with their huge spreads of highly inflammable sails.

Chavonnes = It was variously known as the “Grote Batterij”, “Water Casteel”, “Water Schanz” (Breastwork) and “Mauritius Battery”. It was officially dubbed the “Chavonnes Battery” in 1744, a long-overdue honor, but one which has lasted for more than 270 years.

Maurits (or Mauritz) Pasques de Chavonnes was born in The Hague in 1654. He was the grandson of Joachim Pasques, marquis de Chavonnes, who fled from France after the St. Bartholomew's Day massacre in 1572. Mauritz de Chavonnes was in charge of the infantry regiment during the War of the Spanish Succession (1701-1713). After the Treaty of Utrecht, he joined the Dutch East India Company, as the Cape Governor in 1714.

Within the first few months after arrival he regulated the responsibilities of the garrison and for the first time in the Cape's history allowed the soldiers to wear uniforms and drafted instructions for the use of weapons and ammunition.

His military innovations included the organisation of so-called Free Black and Asian citizens in Table Valley into a military unit called Companie Vryswarten (Company Free Blacks) in 1722 under the command of their own officers. This company, together with others, took turns in the night watch of the company's barracks.

He died on 8 September 1724 in the Cape after a day's illness and was buried with military honours on 14 September.

Join us for a fun and memorable experience