Battle for the High Sea's 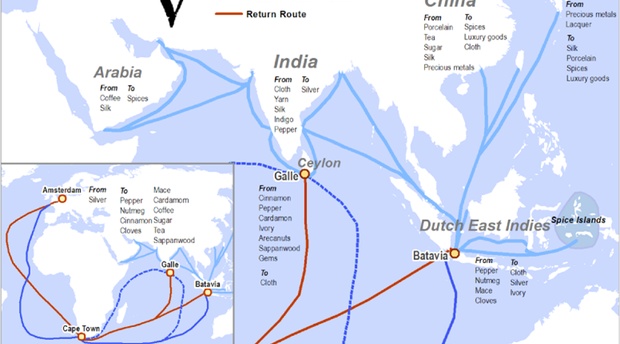 The battery is often wrongly labelled as a colonial edifice. In fact, however, it arose not out of colonialism but from something completely different: globalisation.

There is nothing new about globalisation except the name. It actually started in the first half of the 17th Century with the burgeoning of trade between Western Europe and the Far East. The resulting exchange of goods – particularly spices, but many other things as well that we take for granted nowadays - and services changed the face of the world.

Stout-hearted Portuguese mariners had pioneered the sea-routes to the Far East from the end of the 15th Century onwards, but by the 17th Century their place had largely been taken by three of the largest commercial companies the world had yet seen - the Dutch East India Company, or VOC (the largest of them), the English East India Company and the French East India Company. The three companies engaged in cut-throat competition for the Far Eastern trade. They had their own armies and navies, and thought nothing of capturing one or other of the hundreds of trading outposts and re-supply stations they all maintained in the Orient and along the routes there.

But they all had two common enemies: Time and distance. The Far Eastern trade was immensely lucrative, but just getting there from Europe could easily take six to eight months, and sometimes longer – and sometimes a ship just vanished along the way.

One reason why it took so long was that ships bound for the Far East couldn’t hug the coast of Africa, because south of the Equator the winds and currents were against then. So they had to sail right over the Atlantic, almost to the coasts of today’s Latin America, then head southwards till they reached the 30th degree of latitude, so that they could swing east to get around the southern tip of Africa.

By the time a ship reached the Cape of Good Hope its supply of water would be almost undrinkable, if any was still left, and its food barely eatable. Many sailors would be ill with scurvy, caused by a lack of fresh fruit and vegetables. The ships themselves frequently needed repairs to their hulls or rigging after battling the South Atlantic storms. And another two or three months’ journeying across the Indian Ocean still lay ahead. So the Dutch East India Company beat its competitors to the draw sent out an official named Jan van Riebeeck to set up an outpost at Cape Town … and the "Honourable Company", as it liked to call itself, was very clear about it wanted.

Van Riebeeck was explicitly instructed not to indulge in unnecessary money-wasting activities such as establishing a colony, making war on the various independent Khoina clans inhabiting the Cape or trying to convert them to Christianity. What the VOC wanted at what was then called the "Caabsche Vlek", or Cape Hamlet, in fact, was nothing more or less than a large-scale equivalent of today’s roadside "truck stops".

Van Riebeeck was to provide passing ships with fresh water and food, flour for baking bread and fresh meat. He was to set up a ship-repair facility and establish a hospital for nursing sick sailors back to health. Van Riebeeck carried out his instructions with such diligence that within less than a decade and a half the Cape outpost had become so important to the VOC operations that the company’s directors, the Lords Seventeen, approved the massive expense of building the stone-walled Castle of Good Hope.

The Castle’s main purpose was not to protect the Cape Hamlet against the indigenous clans, with whom relations were usually fairly good, but to repel any aggressors, mainly the other two companies and the occasional pirates operating along the coasts to its east. And that, eventually, was why the Chavonnes Battery came to be built, although it would not see the light of day for six decades after Van Riebeeck landed at the Cape of Good Hope. 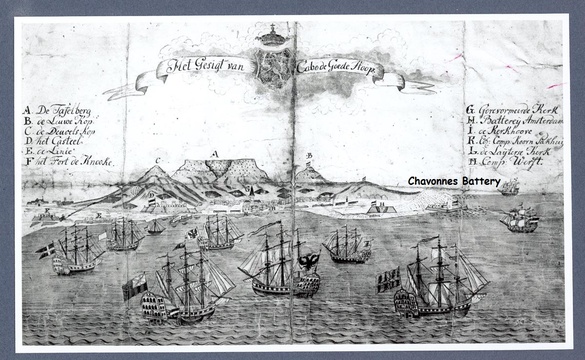 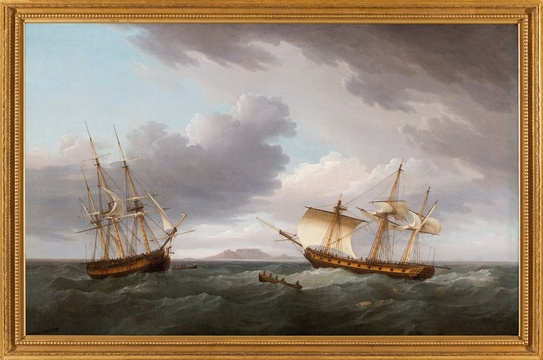 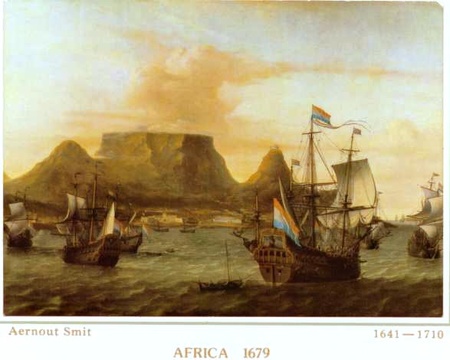 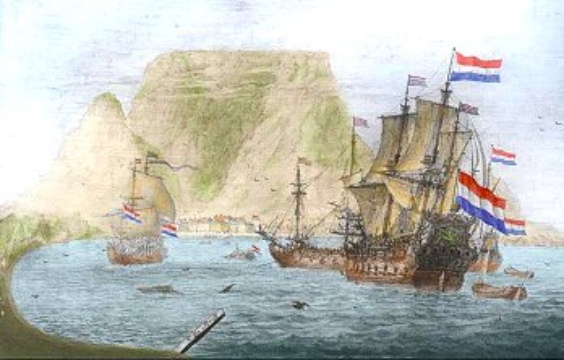 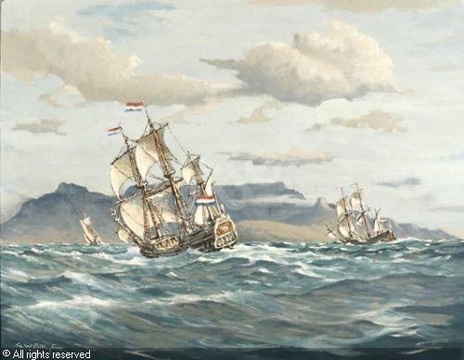 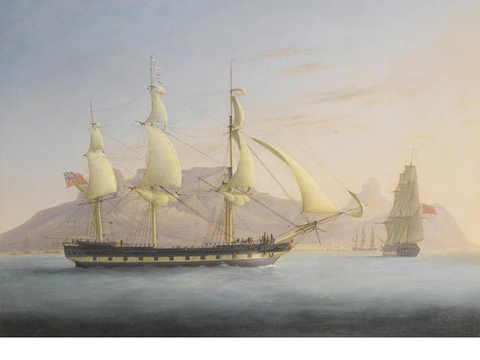 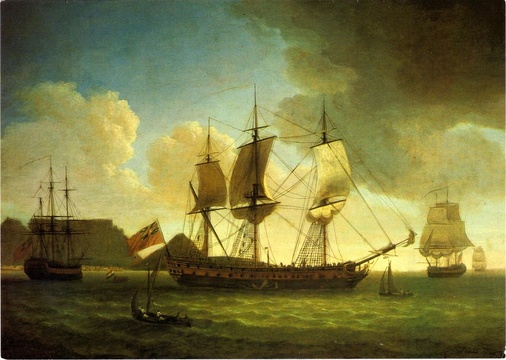