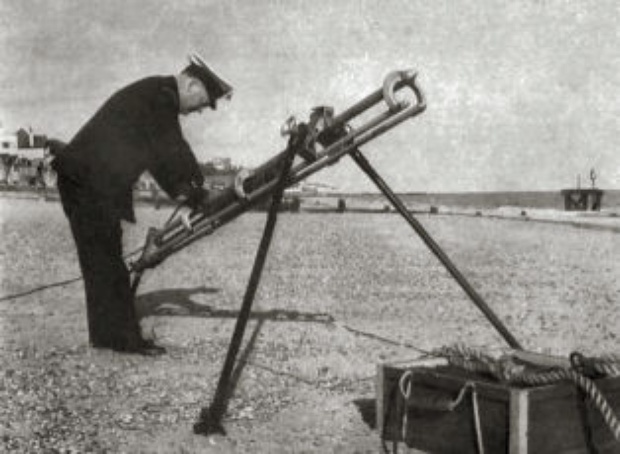 The Schermuly Rocket Lifesaving Apparatus and Wagon has been rescued from it's resting place at the Slangkop Lighthouse and is currently on display with Breech Buoys and flaked ropes at the Chavonnes Battery Museum.

More than 2700 shipwrecks have been found along the South African coastline, 450 occurred along the shores of Table Bay.  On 4 May 1740, contrary to standing orders, De Visch attempted to sail into Table Bay at night. Mistaking a light shining from the newly built Chavonnes Battery for the familiar signal ﬁre on the site of the existing Robben Island lighthouse, the captain drove his ship onto the rocks just west of today’s Green Point lighthouse.

Jurgen Leewenberg's 1740 painting of the incident, on the right of which, one can see a makeshift cableway constructed by running a line to shore tied to a barrel. A large copper cauldron - used aboard to prepare food for the crew - was then employed to ferry the men two by two ashore, until overloading caused a handle to break off.

By 1808 George Manby in Norfolk and Henry Trengrouse in Cornwall had devised suitable mechanisms.  Trengrouse's apparatus, like that of Manby was designed to effect rescue by line and hawser, the crew to be brought ashore in a set of breeches attached to a buoy rather than a cradle. The important difference was the use of a rocket to make contact with the ship, as opposed to a mortar, and he may justly be regarded as the father of modern rescue rocket apparatus. The rocket was fired from an ordinary musket to the barrel of which was fitted a section of cylinder by means of a bayonet joint.

John Dennett put his rockets on trial before a government committee, in January 1826. The committee's verdict was that the rockets would answer every purpose for which they were designed and that they were preferable to every other apparatus seen by the committee. As a consequence three complete sets were ordered by the Royal National Institution for Saving Life from Shipwreck (this body was the forerunner of the R N L I).

It was only in 1897, after many setbacks that Willam Schermuly invented the “Schermulys Ship's Life Throwing Apparatus” and a unique “Flaking” method of storing the cable to prevent breakages on discharge.

In Cape Town the earliest record of Rocket Apparatus is when the steamship Maori SS left Table Bay at 11.30 on the night of Wednesday, August 4th, 1909, bound for New Zealand with a cargo consisting largely of explosives. The night was very thick and rain was falling in torrents, with a north-westerly gale. Soon after leaving the shelter of Table Bay the vessel was driven inshore and crashed upon the rocks near Duiker Point

It was late on Friday afternoon before a rocket apparatus was set up on the rocks adjacent to the wreck and, after a first failed attempt, the second line was successfully shot over to the wreck and secured. Food was sent across to the starving men, but it wasn’t possible to attempt to haul them to safety until after darkness had fallen. Just after seven o’clock the following morning, however, word reached Hout Bay that all the remaining crew had been successfully rescued.  A commission set up to inquire into the circumstances of the wreck recommended the rocket apparatus be transferred to Simons Town Naval Station.

It's uncertain when the Schermuly Rocket Lifesaving Apparatus reached Cape Town but Robert Scott selected the Schermuly Apparatus for use on his South Polar expedition in 1912. Admiral Lord Mountevens was second in command of this expedition and due to his unwavering advocacy the Schermuly Rocket Apparatus was adopted for use by the Royal Navy. The Royal Mail Packet Steam Company, Union Castle and P&O liners soon followed suit which could explain it's presence in Cape Town.

At the outbreak of the First World War, Schermuly rushed to offer his device but the British Admiralty declined. Three months later when the Rohilla ran ashore that the Shore Rocket Brigade stood helpless on the beach, the apparatus unable to traverse the distance in the teeth of the gale. In 1916 he was approached with the idea of using rockets to convey telephone lines from advanced lines to the rear. By 1920, ships of twenty two leading shipping lines were equipped with the device. Schermulys Pistol Rocket Apparatus proved to be superior to all “ship-to-land” and “land-to-ship” available at the time.

It was only after extensive testing in 1922 that HM Coastguard decided to equip the majority of station with the 12lb Schermuly Line Carrying Rocket off Tripod Apparatus.

The last time the Rocket Lifesaving Apparatus makes an appearance in Cape Town is when the SA Seafarer: Carrying a cargo of highly dangerous tetra-ethyl-lead the Seafarer approached Cape Town Harbor in rough weather on 30 June 1966. After being advised to lie outside the harbor because of the weather, the captain decided to enter as he thought it was moderating. Due to several misunderstandings on course corrections the ship ran aground on the rocks off Green Point shortly after midnight. Several unsuccessful attempts were made with a rocket lifesaving apparatus to rescue the crew and 12 passengers, who were eventually airlifted off the disintegrating vessel under trying circumstances, more than eight hours later. The Seafarer shares her resting place with two earlier wrecks, the steamer Thermopylae (1899) and the George M. Livanos (1947).

The Schermuly Rocket Lifesaving Apparatus and Wagon has since been rescued from it's resting place at the Slangkop Lighthouse and is currently on display with Breech Buoys and flaked ropes at the Chavonnes Battery Museum. 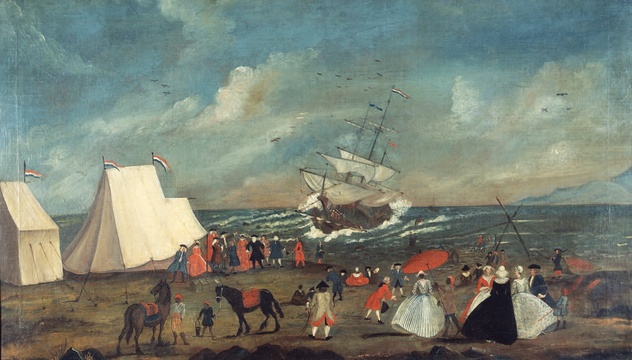 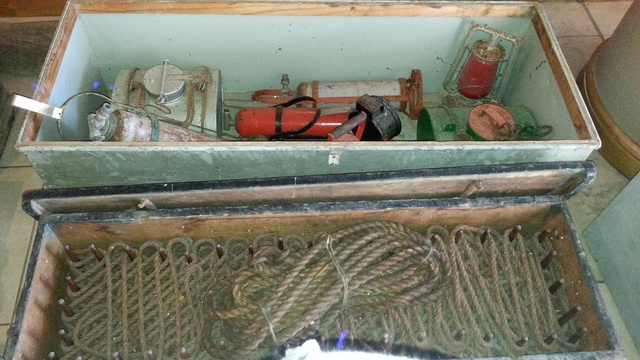 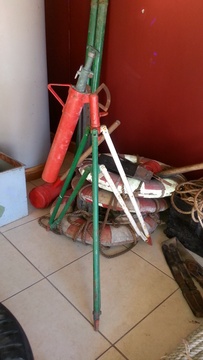 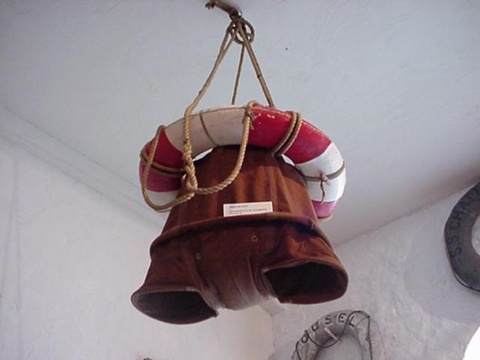 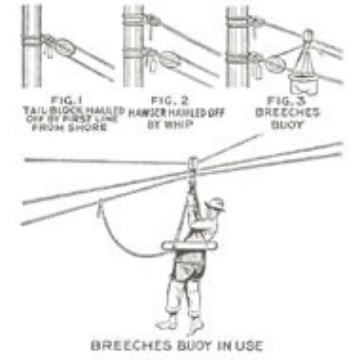 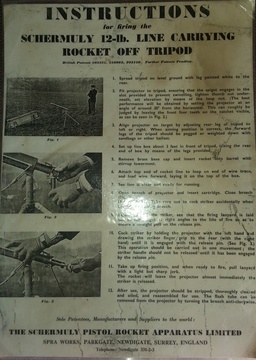 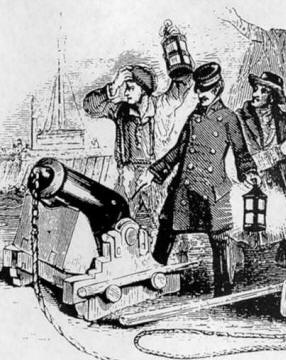 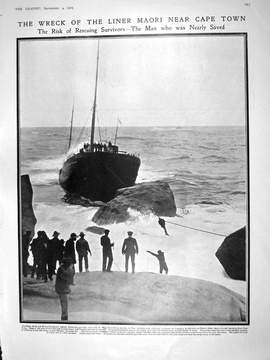 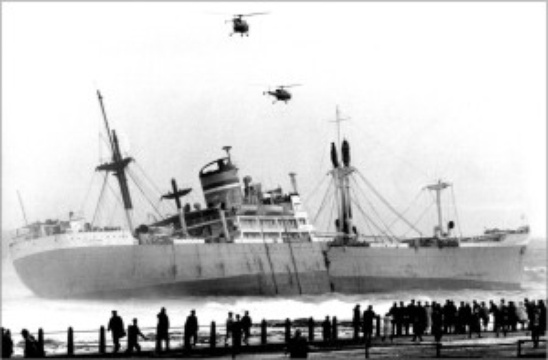 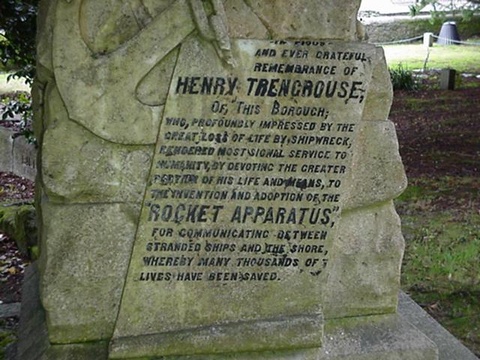 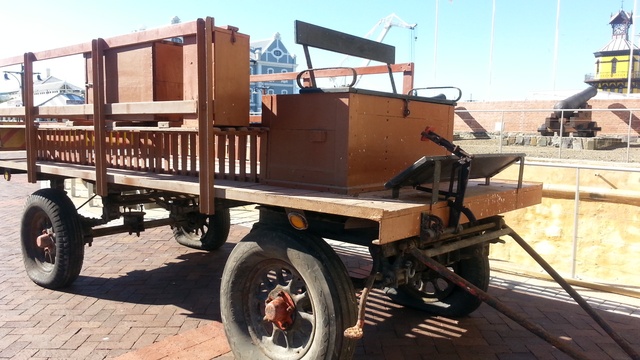