Jan Van Riebeeck beginning of all the troubles? 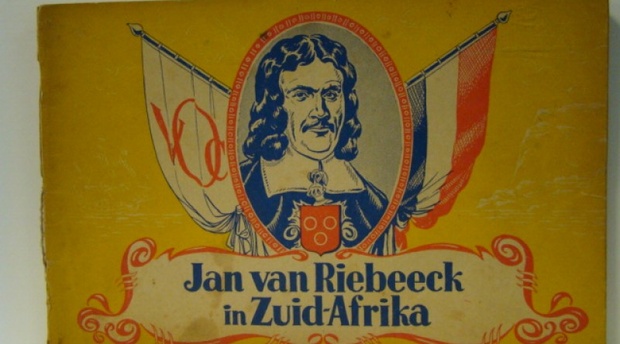 Was Jan van Riebeeck’s arrival in 1652 the beginning of all South Africa’s troubles, as President Jacob Zuma would have it? by Willem Steenkamp

Was Jan van Riebeeck’s arrival in 1652 the beginning of all South Africa’s troubles, as President Jacob Zuma would have it? Actually, no. In the greater scheme of things his role was actually a comparatively harmless one.

Van Riebeeck was tasked to set up what amounted to a 17th-Century truck stop for merchantmen plying between Europe and the Far East. The United (Dutch) East India Company knew exactly what it needed, and Van Riebeeck was strictly enjoined not to set up a colony, try to convert the locals to Christianity or indulge in other such wastes of time, money and energy.

There was a good reason for this: the DEIC being one of the world’s first shareholding companies, the administrators had to make sure the bottom line on their ledgers was written in black rather than red ink or they would be fired.

Van Riebeeck’s job was to set up a mutually beneficial business relationship with the local Khoina clans to obtain the consumables the DEIC ships needed. The DEIC bosses weren’t interested in conquest or enslaving the locals – the Cape had what they wanted, namely a free local livestock-owning indigenous population with which it could trade.

Things got out of control in 1713 when some passing ships brought a smallpox epidemic. This was a game-changer – it not only wrought havoc with the truck stop but just about wiped out the indigenous population in many parts of the Western Cape.

It also led to the final demise of the fragile network of Khoina clans, which had been crumbling for decades because they were essentially an early Iron Age society which could not withstand being exposed to a technologically more advanced one. The Dutch weren’t very worked up about questions of race, which is how the Cape’s large multi-racial community then developed all by itself

Much later, when the DEIC went bankrupt and the Cape was ruled by the Batavian Republic, we were introduced to one of the few liberal-democratic constitutions in the world, whose effects can still be found today. So all in all, Van Riebeeck and his successors weren’t such villains.

Colonialism and all that goes with it really came to South Africa when the British grabbed the Cape in 1806 and set off a process of creeping conquest that in the next century or so smashed independent entities like the Xhosa nation, the Zulu nation and the two Voortrekker republics, to name but a few. Just about the only country which retained most of its independence was today’s Lesotho, thanks mainly to that wily old fellow Moshweshewe.

Another major source of troubles was King Shaka, who destabilised huge tracts of central South Africa in the 1820s while building up his kingdom and providing enough living-room in it for his new subjects. The “Mfecane” (Zulu for “the Crushing”) caused immense suffering and led to the disappearance of scores of tribes. And he did this without anyone’s help, least of all Van Riebeeck’s successors (barring battles like Blood River in the 1830s, the Boers and Zulus never really fought one another again – the Zulus’ real troubles started when the British began expanding).

The Xhosa clans themselves caused troubles of their own. They boiled over the Fish River about the same time as Van Riebeeck arrived at the Cape, and wiped out or chased away the Khoina people who populated the verdant Zuurveld.

The Khoina did quite a bit of trouble-making themselves – a millennium before Van Riebeeck arrived they wandered down to the future Cape from somewhere around today’s Botswana and dispossessed the original population, the !Kung (aka Bushmen, Saan, Abbikwa etc). Also without any outside help. They killed some, enslaved others and chased the rest into places where no-one else wanted to go (hence “Bushmen”).

If this melancholy tale has any moral, it is that the ancestors of today’s South Africans didn’t need any outside help in making trouble – they were quite capable of making as much of it as they wanted to all by themselves. 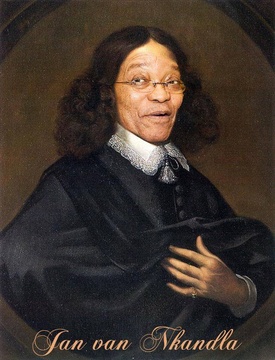